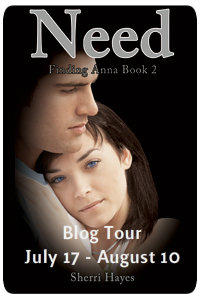 This story starts immediately after the story in Slave finished. We find Brianna Reeves reflecting on what Stephen Coleman told her the previous evening; that even though he had bought her from Ian she is not his slave. While this revelation should make her feel easier, Brianna finds herself more insecure and confused then ever before. If she’s not his slave then what is she, why is he keeping her and what is expected of her? If she’s not his slave does that mean she will have to leave the only place she’s felt safe for a long time? And if she does stay, will she ever be able to be what Stephen would like her to be?
Stephen is facing fears as well now that he has told Brianna that he doesn’t own her. Telling her that she can and should make her own decisions means that she may decide to leave him. And Stephen has only just realised that he has fallen in love for the first time in his life. The thought of losing Brianna fills him with fear and yet he knows that if he wants to have a relationship with her it has to be because she chooses him, freely.
Very slowly and very carefully Stephen continues working at making Brianna feel safer. But this is not easy. Every time it seems like the girl has made a bit of progress something will happen to bring her fears back with a vengeance. Coming face to face with men she was forced to be with while being kept as a slave sends Brianna in to full-blown panic attacks. A man from her past, someone Stephen has an uncomfortable work-related relationship with, confuses the young girl. Brianna’s father, who she doesn’t want to see, is actively looking for his daughter and it is only a matter of time before he will find her, and Stephen’s uncle Richard is still trying to interfere in his nephew’s way of dealing with Brianna.
As Brianna slowly learns to trust Stephen and even more slowly discovers that sex is about pleasure rather than pain, all the outside forces seem to conspire to make their relationship impossible.

Wow! This was one emotional roller-coaster of a read.
It is impossible to read this book or its prequel, ‘Slave’, without having your heart break for Brianna time and again. The thought of young girls being sold as slaves, for men to do with as they please without thought or consequence is horrific and shocking, but it is something that happens, and a fact that should be acknowledged.
I feel Sherri Hayes did a wonderful job describing all the emotions Brianna experiences. Her fears and insecurities made sense and were realistic, her incapability to recognise her feelings towards Stephen was believable and charming and the courage she finds to push herself through her fears is astounding.
While for most of the story I adored and admired Stephen, my feelings towards him were a bit more ambivalent then those I had with regard to Brianna.
Stephen’s need to be completely honest with Brianna had me tied up with nerves on quite a few occasions. I couldn’t help feeling that at times it was too much information too soon, that maybe he might have tried to avoid answering certain of Brianna’s questions. And then I would think about it and realise that he had to be open and honest with her if he wanted Brianna to trust him.
Boy, did I get emotionally involved in this story. Brianna and Stephen have come to life for me while reading the first two books in this series and I find myself rooting for them.
This story is thought-provoking, confrontational and eye-opening. But it is also deeply emotional, romantic and erotic. I can’t imagine anybody putting this book down without being affected by the story. The issues tackled and, most of all, these characters will stay with me for a very long time.

My only complaint after finishing this book is that the story ended on a massive cliff-hanger and that I have no idea when the sequel will be available. I can only hope that will be sooner rather than later and I know that I will be reading it as soon as I can get my hands on it.

I have one word of warning for anybody thinking about reading this book; make sure you read ‘Slave’ first!

And now for a first on my blog: I will be giving away e-book copies of both Slave and Need to one lucky reader. I will randomly pick one winner from those who comment below. The give-away will run from July 28th until August 1st.  I shall contact the lucky reader on August 2nd so please make sure to leave your email address with your comment. The winner will have a week to get back to me, after which time I will pick someone else. Good luck!
Posted by Marleen at 7:40 AM

Email ThisBlogThis!Share to TwitterShare to FacebookShare to Pinterest
Labels: (not so) Guilty Pleasures, Erotica, Romance

Love your thoughts and review! We're on the same page and like you that cliffie has me clinging by my fingertips! :D Glad I came by and thanks again!

I loved Slave and can't wait to read Need. Luckily I only found Slave a few weeks ago so I haven't had to wait too long. Don't know how I'll handle the wait for books 3 and 4.

Oh wow, your review makes want to start reading both books. Somehow I missed Slave! But I added both on my wishlist! Thanks for the giveaway!

I soo want them my e-mail is fenixmjr@gmail.com

Just a quick update on the last day of this this give-away.
I saw to my horror that I made a mistake in the original blog and said that I'd pick a winner on September 2nd. With the contest finishing at midnight tonight that wouldn't make sense so I'll make the announcement tomorrow.
Good luck to all those who have commented. I wish I could give the books to all of you since they are well worth a read.

I read Slave; I absolutely loved it and now I can not wait to read Need. Reading your review definitely convinced me that is as good as the first one or even better. Winning the book would made my day. Anyway thanks for giving us a chance to have a copy. (iulia.s.toader@gmail.com)

And now it's time to announce the winner as picked randomly by a six year old who happens to be staying in my house at the moment. He picked number 5 which means that the two copies will be going to Kamala Brown Sparks. Kamala, congratulations. I'll be contacting you by email. 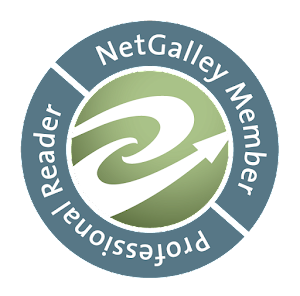